UPDATE 2o19: Vaxxed is no longer available on Vimeo.

LOS ANGELES, CA – America’s most controversial documentary, Vaxxed: From Cover-Up to Catastrophe, is now available in over 250 territories worldwide via iTunes and the streaming platform Vimeo, where it is available in English, Spanish, and Italian.

Vaxxed investigates the charges made by a whistleblower at the Centers for Disease Control and Prevention, the leading national public health institute of the United States, who revealed that the agency manipulated data on an important study showing a causal link between the Measles-Mumps-Rubella (MMR) vaccine and autism.

The film is produced by British filmmaker Polly Tommey of the Autism Media Channel and Del Bigtree, an American and former producer of the hit television show “The Doctors.” The film is directed by Dr. Andrew Wakefield, a British academic gastroenterologist who has published over 140 peer-reviewed scientific publications and spoken internationally on autism and vaccines. Dr. Wakefield and Dr. John Walker-Smith, one of the world’s leading pediatric gastroenterologists, were the first to discover that vaccines caused gut problems that could lead to autism (1998). They, along with 11 other authors, published their findings in The Lancet, a British medical journal, in February 1998.

The British General Medical Council (GMC), acting to protect the government from coming under fire for the potential damage caused by vaccines, decided that Dr. Wakefield and his co-author had acted unethically, and they lost their medical licenses. Both Dr. Wakefield and Professor Walker-Smith appealed the GMC ruling in the English High Court. Professor Walker-Smith’s professional insurance paid for his appeal. Dr. Wakefield’s insurance carrier would not, therefore Dr. Wakefield was not able to continue his appeal. After reviewing the original findings, Justice Mitting found that the GMC’s conclusions were “based on inadequate and superficial reasoning” and that “the finding of serious professional misconduct and the sanction of erasure are both quashed.” Dr. Walker-Smith’s license was completely reinstated, and all charges against him were dismissed.

Ninety percent of the charges against Walker-Smith were the same charges as those against Dr. Wakefield, so had he been able to appeal, the verdict would have applied to Dr. Wakefield also. The Lancet paper should have been reinstated, and yet The Lancet editor refused to. Justice Mitting’s judicial decision marked a long-awaited turning point in a decades long campaign to discredit the 1998 Lancet article and Dr. Wakefield in particular.

The documentary captured international headlines when it was pulled from the already-announced line-up of the 2016 Tribeca Film Festival due to pressure from sponsors on the festival organizers. Immediately following the de-selection, Cinema Libre Studio launched a nationwide theatrical release with an unprecedented 4 days of preparation, premiering April 1st at the prestigious Angelika Film Center in NYC, where it achieved the highest single screen box office gross for a documentary that year. Robert De Niro, a festival co-founder, went on national network television (NBC’s “Today Show”) and renounced the “de-selection” of the film saying, “I think the movie is something that people should see. There was definitely something to that movie…” He went on to say, “There’s a lot of information about things that are happening with the CDC, the pharmaceutical companies. As a parent of a child who has autism, I’m concerned. And I want to know the truth.”

Despite numerous attempts to incorrectly label the film as “anti-vaccine” and overt censorship from festivals and media outlets, the film was released theatrically in over 60 U.S and Canadian cities, with an additional 500 screening events, grossing over $1.2 million at the box office and sold tens of thousands of DVDs and digital streams.

According to BoxOfficeMojo.com, Vaxxed is the 22nd highest grossing political documentary and has been seen by more than a half a million people in theaters in the U.S. The filmmakers have been touring the nation by bus, the Vaxxed tour, and have recorded nearly ten thousand vaccine injury stories.

With the support of activists and distribution partners, the film premiered in 2017 in Belgium, the U.K and France despite significant censorship attempts by European Union parliamentary members, the Mayor of Paris and a U.K. cinema owner. Dr. Wakefield, Polly Tommey or Del Bigtree have traveled globally with the film. After screenings in Australia, the government banned one of the filmmakers for three years. The film has also played in Italy, where a vaccine debate currently rages, Ireland and Germany after significant unsuccessful local censorship efforts as well.

The German and Japanese language versions are being handled by a distribution partner in those countries. 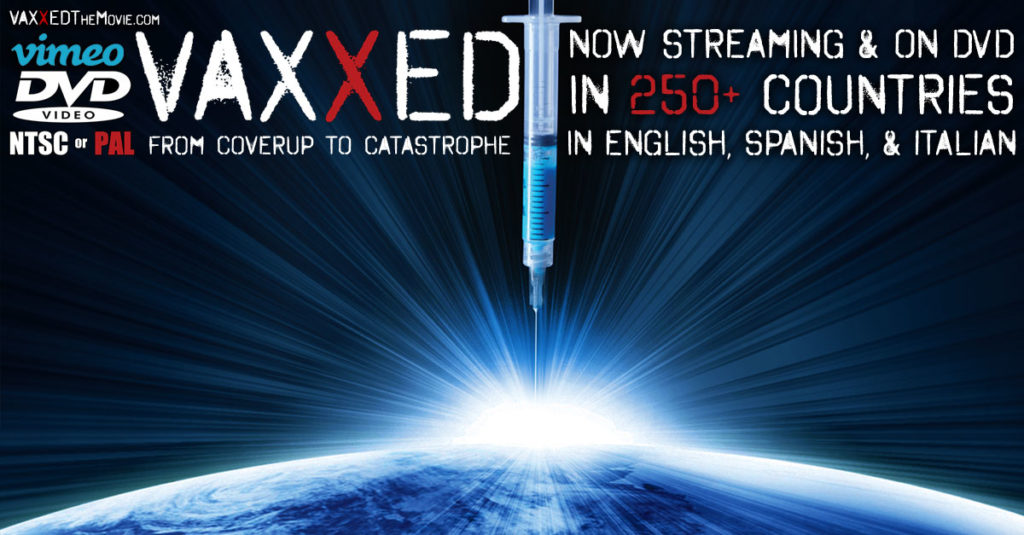