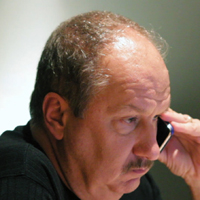 Brian S. Hooker, PhD, PE, was formerly a bioengineer and the team leader for the High Throughput Biology Team and Operations Manager of the DOE Genomics: Genomes to Life (GTL) Center for Molecular and Cellular Systems at the Pacific Northwest National Laboratory (PNNL). Hooker also is credited as a co-inventor for five patents. In 1985, Dr. Hooker earned his Bachelor of Science degree in chemical engineering, from California State Polytechnic University, Pomona, California. He earned his masters of science degree in 1988 and his doctorate in 1990, both in biochemical engineering, from Washington State University, in Pullman, Washington. Hooker formerly managed applied plant and fungal molecular biology research projects, including development of plant-based biosensors and transgenic production systems for human pharmaceutical proteins and industrial enzymes at the Pacific Northwest National Laboratory, where systems biology researchers are focused on understanding gene and protein networks involved in individual cell signaling, communication between cells in communities, and cellular metabolic pathways. Hooker has also been involved in research on microbial kinetics and transport mathematical modeling, design, development, and support for biological destruction of chlorinated organic hydrocarbons, development of tP4 transgenic plant protein production platform technology, and development of the RT3D bioremediation/natural attenuation software package.

He left PNNL in 2009, and was hired as an associate professor at Simpson University in Redding, CA where he specializes in biology and chemistry. Simpson University is a private Christian University of liberal arts and professional studies offering undergraduate, graduate and teaching credential programs.

Hooker is well known for his concerns regarding vaccine safety and the conflicts of interest within the Centers for Disease Control and Prevention. His son, Steve, is vaccine-injured. Hooker is a board member at Focus Autism, an organization which believes in the “ongoing cover-up of the vaccine/autism link.” 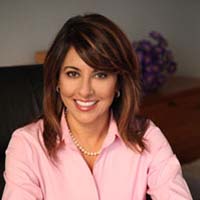 Dr. Doreen Granpeesheh PhD, BCBA is a world-renowned clinical psychologist and expert in the field of autism research and therapy. Dr. Doreen has worked with a wide range of patients – from high-functioning children with autism to the most challenging individuals whose families have been told to give up hope. Dr. Doreen has an unparalleled recovery rate, enabling children with autism to lead independent lives. With a PhD in Psychology from UCLA, Dr. Doreen is licensed by the medical boards of California, Texas, Virginia, Arizona and is a Board-Certified Behavior Analyst. She is the 2011 recipient of the American Academy of Clinical Psychiatrists’ prestigious Winokur Award.

Dr. Doreen founded the Center for Autism and Related Disorders, Inc., (CARD) in 1990, the world’s largest and most experienced organization effectively treating children with autism. CARD develops individualized treatment plans utilizing the principles of applied behavior analysis (ABA), a behavioral treatment approach which the scientific community has empirically validated. Under Dr. Doreen’s leadership, CARD has seen success with every child over the past 20 years.

Dr. Doreen is also the founder and president of ACT Today! (Autism Care and Treatment Today!), a national nonprofit organization that grants funding for resources and treatments to disadvantaged families. 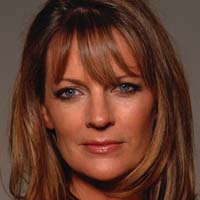 Polly Tommey is the mother of Billy, a 20-year old boy with autism, a book author, founding Editor-in-Chief of the world’s preeminent autism magazine The Autism File, and Autism Media Channel’s TV host and award-winning documentary film producer (“Who Killed Alex Spourdalakis”).
An outspoken autism advocate and founder of the not-for-profit Autism Trust in the UK and US, Polly has appeared in print and television media around the globe, gone head-to-head with top political leaders, and never compromised.

She has received multiple nominations and awards from, among others, The Women of The Year Foundation, Red magazine, and the British Society of Magazine Editors.

She is also a Producer on “Vaxxed: From Cover-Up to Catastrophe.” 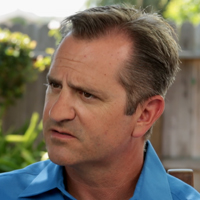 James M. Sears, MD or “Dr. Jim,” as he is known in the office, is a board-certified pediatrician in private practice with his father and brother in Southern California, and is the father of two children.

Dr. Jim was a co-host, with three other doctors, on the Dr. Phil hit spin-off series called, The Doctors, a nationally syndicated hour-long daily talk show that is informative and entertaining! Dr. Jim earned his medical degree at St. Louis University School of Medicine in 1996 and completed his pediatric residency at Northeastern Ohio University College of Medicine, Tod Children’s Hospital in Youngstown, Ohio in 1999. During his residency, he received the honor of “Emergency Medicine Resident of the Year.” 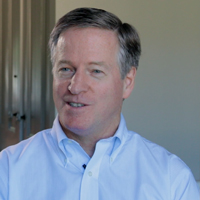 Mark Blaxill was a senior partner at The Boston Consulting Group and is now a managing partner at 3LP Advisors. The father of a daughter diagnosed with autism, he has been involved in autism advocacy for over a decade and has written widely on the scientific controversies surrounding autism. Frustrated by the slow response of ‘normal science’ to the intellectual challenges posed by the explosion in autism rates, he decided to address the problem directly, and has published peer-reviewed scientific papers challenging mainstream research on autism time trends and finding links between autism and an inability to excrete mercury. Blaxill is a summa cum laude graduate of Princeton, and graduated with distinction from the Harvard Business School; he recently left a post as senior partner at one of the world’s most prestigious consulting firms to launch his own business. 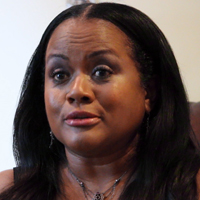 Sheila Ealey is the mother of twins – a boy and a girl. Both children were healthy and vivacious until their pediatric nurse accidentally injected the boy, Temple, with his sibling’s MMR vaccine on top of his MMR, DTaP and the HIB. When she realized this, she left without giving any shots to Lucinda. Temple cried all that night, and the next day he was “no longer responsive.” According to an interview with Age of Autism, “he started crawling, he started banging his head against the wall, the floor, anything he could. He stopped imitating with his father, he was making no eye contact, and he didn’t want you to touch him or hold him.” Lucinda, who did not receive any vaccines, is now in the 11th grade, a scholar fluent in three languages and a classical pianist. 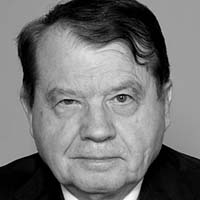 Dr. Luc Montagnier is a French virologist and the recipient of the 2008 Nobel Prize in Physiology or Medicine, together with Francoise Barre-Sinoussi, for their discovery of the human immunodeficiency virus (HIV). A long-time researcher at the Pasteur Institute in Paris, he currently works as a full-time professor at Shanghai Jiao Tong University in China. 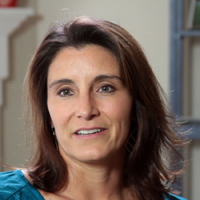 Brandy Vaughan, a former pharmaceutical representative, founded the Council for Vaccine Safety in response to one of the nation’s first mandatory vaccination for education law — SB277 in California. When working in the pharma industry, Brandy sold Vioxx, a painkiller that was found to double the risk of stroke and heart attacks and was eventually taken off the market. “From that experience, I realized that just because something is on the market, doesn’t mean its safe,” explains Brandy. “And much of what we are told by the healthcare industry, just simply isn’t the truth.”

After leaving the pharmaceutical industry, Brandy spent eight years living in Europe and seeing how healthcare is done very differently outside the US. Coming home with a vaccine-free son, she was bullied at a pediatrician’s office when she asked questions that every parent should ask: what are in these vaccines?

After spending years researching vaccine ingredients, the diseases they supposedly guard against and the risks of vaccinating versus not vaccinating, Brandy chose to raise her son without chemical interference.

Brandy Vaughan has spoken at numerous educational events, rallies, and symposiums, as well as being featured in various media channels including InfoWars, the Ritchie Allen show, the Liberty Beacon, the Brain Copeland show, the Information Press and Future Money Trends. http://councilforvaccinesafety.org/ 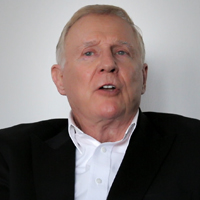 Congressman Dan Burton is currently serving his 15th term as a U.S. representative from Indiana’s Fifth Congressional District. His first term in Congress began in January 1983. The Fifth District lies in the heart of central Indiana and includes all of Tipton, Grant, Miami, Wabash, Huntington, Hamilton, and Hancock counties, as well as parts of Marion, Shelby, Howard and Johnson counties.

When Congressman Burton assumed the chairmanship of the House Committee on Oversight & Government Reform in the 105th Congress, he became the first Hoosier Republican to chair a full House Committee in more than 60 years. The last was Rep. William Robert Wood, who chaired the Committee on Appropriations during the 71st Congress (1929-1931). Congressman Burton currently serves as chairman of the House Foreign Affairs Subcommittee on Europe and Eurasia. Also, he is a senior member on the Oversight and Government Reform Committee.

Dan Burton was born on June 21, 1938, in Indianapolis. He graduated from Shortridge High School in 1957, and attended Indiana University and the Cincinnati Bible Seminary. Congressman Burton received the honorary degree of doctor of humanities from Capitol University of Integrative Medicine on Dec. 17, 2000. He received an honorary doctorate in political science from the Graduate School of Dongguk University in the Republic of Korea in 2009. He was also awarded an honorary doctorate of laws from Indiana Wesleyan University in 2005. 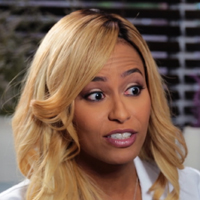 Dr. Rachel Ross, MD, Ph.D. is a recurring co-host on the Emmy® Award-winning talk show, The Doctors, and a practicing, board-certified family medicine physician and sexologist whose engaging manner and frankness has garnered comparisons to Dr. Ruth Westheimer.

For Dr. Rachael, practicing medicine is something of a family business. She continues to practice in her hometown of Gary, Ind., with her father, Dr. David Ross and her brother, Dr. Nathaniel Ross, while mom Ruthie serves as office manager. Dr. Rachael earned her M.D. from Meharry Medical College and her Ph.D. from the American Academy of Clinical Sexologists, along with a B.A. from Vanderbilt University, where she studied anthropology. She now lives in Chicago, and in her free time, refurbishes furniture, dabbles in interior design, maintains her medical practice in Gary, and commutes throughout the U.S. passionately offering “prescriptions for life.” http://drrachael.com/about-dr-rachael/