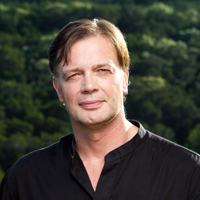 For the last 20 years I have had to watch the suffering of those affected by autism as the problem multiplies year on year. What started with hope for a new understanding, new and effective treatments, and even prevention, turned to despair as special interests exploited their influence over the media to crush the science and the scientists.

And then, two decades and a million damaged children later, one man, Dr. William Thompson – a CDC insider – decided to tell the truth and the embers of that early hope glow once more.

Several years ago I decided that to take on the media you had to become the media. The best medium for this story is film. Our aim with this movie was to take this complex, high-level fraud and to give it context, and weave through it the tragic street-level narratives of ordinary families affected by autism.

This film brings to the public a dark and uncomfortable truth. To ignore it would be most unwise.